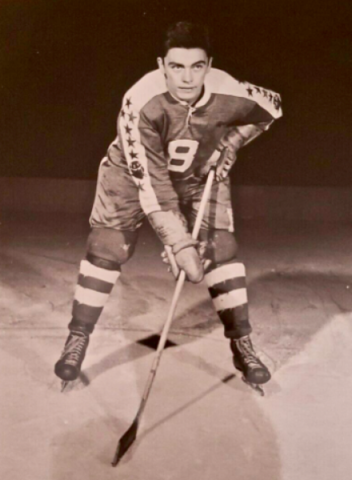 In 71 games for Pittsburgh during the 1950-51 season, he recorded 15 goals and 48 points. Despite being hampered by hand and wrist injuries suffered in fights. Armstrong was the AHL's leading goal scorer and stood second in points by mid-season in 1951–52 (30 goals, 29 assists). He was recalled to Toronto during the season and scored his first NHL goal on February 9 at the Montreal Forum, against goaltender Gerry McNeil of the Montreal Canadiens. He was the fifth player with Native heritage to score a NHL goal (Taffey Abel (1st), Henry Maracle (2nd), Joe Benoit (3rd), Johnny Harms (4th). He finished the season with three goals and three assists in 20 games with Toronto.

In 1998, the Maple Leafs honoured his uniform number 10, and later officially retired the number, along with ten others, during a pre-game ceremony on October 15, 2016.