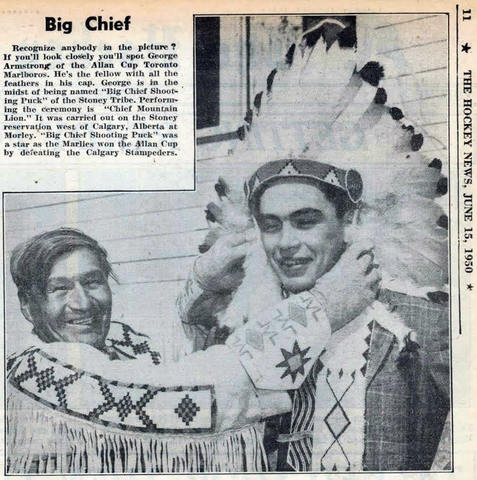 Armstrong whose mother was Algonquin (his father was Irish) was with the Toronto Marlboros after winning the 1950 Allan Cup championship and he visited the Stoney Mountain Tribe reservation (Stoney Nakoda) in Morley, Alberta when "Chief Mountain Lion" bestowed upon Armstrong the title of “Big Chief Shoot-the-Puck” in June, 1950.