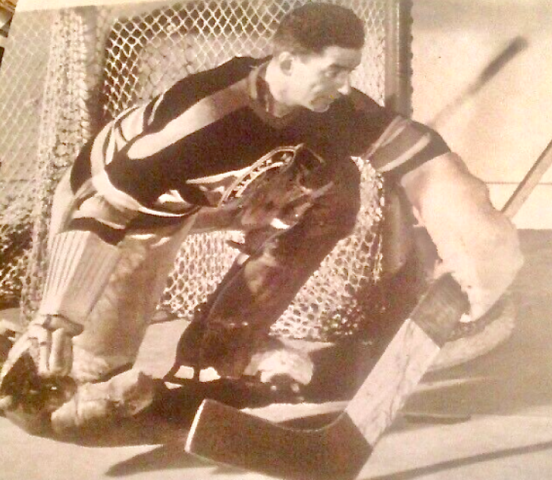 Alfie Moore played just 1 game for the Black Hawks on April 5, 1938 vs the Toronto Maple Leafs.

It was the first game of the 1938 Stanley Cup finals, and Alfie was used as a emergency goalie.

Alfie Moore won the game 3-1, allowing only Gordie Drillon to score on him, which was the first shot of the game.

Chicago went on to win the 1938 Stanley Cup championship, and Alfie got his name engraved for winning that 1 game for the Black Hawks.