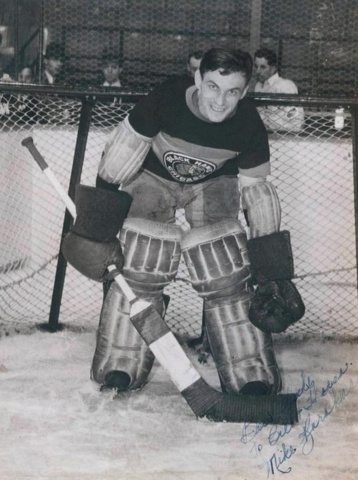 In his last NHL season, the Black Hawks were in first place at one point and it seemed as if they might just be a serious contender for the Cup. But in the 1946 playoffs, the Canadiens just demolished the Black Hawks and Karakas looked weak.

During his six NHL seasons he appeared in every one of Chicago's games and earned the nickname "Iron Mike". Karakas' immense contribution to the game in his native country was recognized when he was named as an original member of the United States Hockey Hall of Fame in 1973.