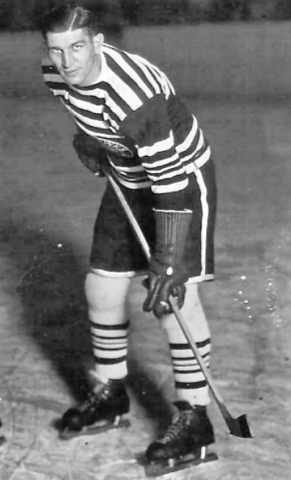 Gottselig played 17 seasons for the Chicago Black Hawks of the National Hockey League (NHL) between 1928 and 1946. He made his NHL debut on November 15, 1928 vs the Toronto Maple Leafs at Arena Gardens. Gottselig scored his 1st NHL goal vs Dolly Dolson of the Detroit Cougars on December 30, 1928 at 7:07 of the 3rd.

He was the second player born in the Russian Empire to play in the NHL, as well as the first European-born head coach in the league's history.

Gottselig won two Stanley Cups in his playing career: in 1934, and 1938 (as captain). He was also with Chicago in 1961, as Director of Public Relations, when the Black Hawks won their third Stanley Cup. Gottselig was included on the team, but his name was not engraved onto the Stanley Cup.