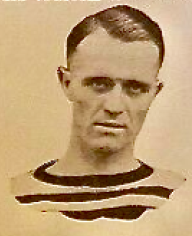 Traub turned professional with the Regina Capitals of the Western Canada (Professional) Hockey League / WCHL in 1921 , and played to 1925. He joined the Portland Rosebuds for the 1925-26 season. The Rosebuds were sold to the Chicago Black Hawks after the WCHL folded, and Traub played there for the 1926 -27 season, and the the Detroit Cougars from 1928 to 1930.