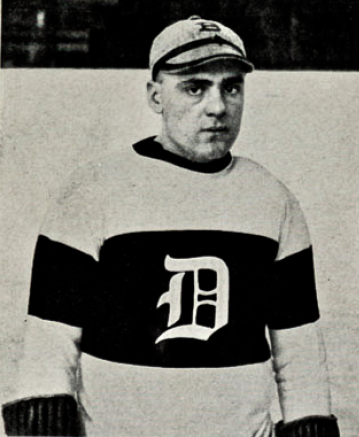 Stuart was then traded to the NHL Detroit Cougars for cash, October 5, 1926, playing just 3 games during the 1926-27 season behind Hap Holmes the starter. Stuart won his only NHL game on February 15, 1927 vs the Toronto St. Pats at Border Cities Arena in a 5-1 Cougars win.

The Cougars then sent Stuart to play for their minor league affiliate, the Detroit Olympics, where he played for the next 3 seasons, and was voted to the 1930 IHL First All-Star Team.

Stuart was then traded to the London Tecumsehs for cash, November 10, 1930, and played the next several years with the Tecumsehs before retiring in 1936. In 1934 he led all playoff netminders with a 1.50 goals against mark in the playoffs while leading London to the 1934 F. G. "Teddy" Oke Trophy championship as IHL winners, and in 1935 was voted to the IHL Second All-Star Team.