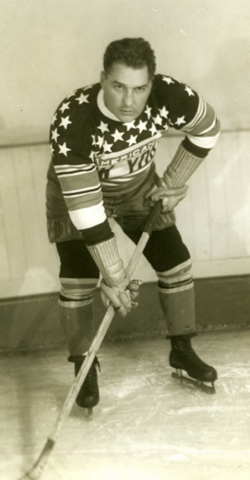 Before his final NHL season in 1933–34, Sheppard was traded from the Americans to the Bruins. His stay in Boston lasted only four games before he was released, though he signed as a free agent with the Chicago Black Hawks.

The Hawks finished the season behind the Red Wings, but would have the last laugh in the playoffs. After going through both the Montreal teams, the Canadiens and the Maroons, the Hawks found themselves in the 1934 Stanley Cup final against the Wings. It took only four games to bring Chicago its first Stanley Cup championship, and for Sheppard his first and only Cup.