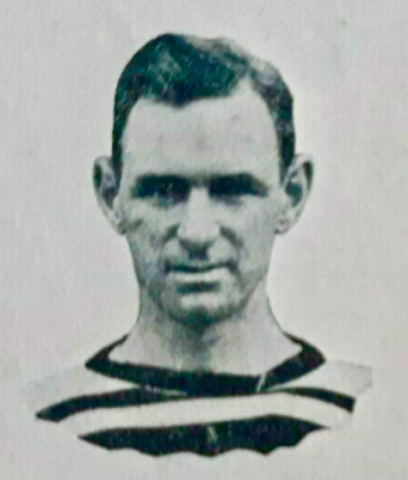 Brown played Hockey as a teen with the North Bay Arena Stars of the North Bay Hockey League from 1914 to 1915. As a 16 year old, Brown excelled and quickly join the Ontario Hockey Association Junior ranks, playing for both the Berlin Union Jacks from 1915 to 1916 and the St. Michael's Majors from 1917 to 1918

During the 1916–17 season, Brown spent some time in the OHA-Senior playing with the Toronto St. Pats, scoring three goals in eight games.

Deciding it was time for college, Brown enrolled in the University of Toronto to study dentistry. He also joined the Toronto Dentals, a local club made up of dentistry students, which had just won the Allan Cup. Brown successfully juggles both his studies and his play on the ice, and after two seasons with the Dentals from 1918 to 1920, finally was offered a roster spot on the University of Toronto's Varsity Blues men's ice Hockey team. Brown played on the team for two years from 1920 to 1922, helping the team to win the Allan Cup in 1921 by scoring eight points in the five game playoff.

After graduating with a Doctor of Dental Medicine degree, Brown decided to follow his Hockey career and left dentistry for a later day. He joined the Sault Ste. Marie Greyhounds for the 1922–23 season and put up seven points in his first eight games. He continued to impress and in this second season with the Greyhounds, Brown helped lead the team to the 1924 Allan Cup championship.

The Greyhounds moved to Detroit for the 1926–27 season in an effort stem the loss of money from the club and Brown moved with them. The Detroit Greyhounds played only six games that season before they and the Northern Ontario Hockey Association Senior-A League folded.

Brown didn't have to wait long before lacing up his skates again. The New York Rangers of the NHL signed Brown as a free agent, playing his first NHL game on December 23, 1926. Brown scored his 1st NHL goal on December 26 vs Jake Forbes of the New York Americans

Brown played the final 24 games of the 1926–27 season with the Rangers, scoring six goals and two assists. He played in both playoff games for New York that year, failing to record a point and watching the Boston Bruins go on to the Stanley Cup Finals.

On October 10, 1927, Brown was traded to the Detroit Cougars for Harry Meeking and Archie Briden as part of Jack Adams major restructuring plan for Detroit. Brown played only 24 games of the 1927–28 season in Detroit before again being traded.

On February 13, 1928, the Cougars received Pete Palangio and cash from the Montreal Canadiens for Brown.

Brown was quickly assigned to Montreal's farm team the Windsor Bulldogs of the Canadian Professional Hockey League. Brown scored 13 points in his first season as the team was getting ready for a move to the International Hockey League /IHL. Brown had his best year during the 1929–30 season, in which the defenceman scored 23 points and logged 22 penalty minutes. Brown played four more seasons in Windsor before retiring after the 1934–35 season.

The first game of the year for the Bulldogs during the 1934–35 season would turn out to be Brown's last, as He had been asked to try his hand at coaching the team that he had been a part of for the past seven years. As the Head Coach, Brown finished with a 14–23–7 record. Brown decided that coaching wasn't his passion and decided to retire from ice Hockey.