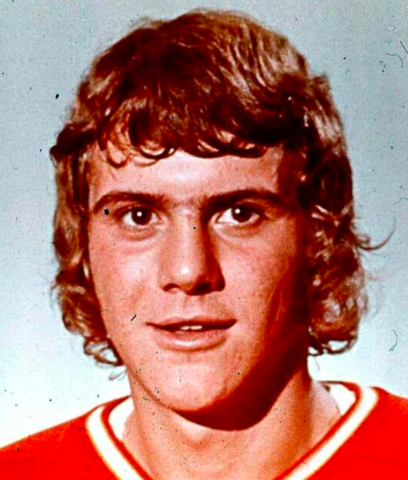 Lysiak played his junior Hockey with the Medicine Hat Tigers of the Western Canada Hockey League / WCHL, and was awarded the Bob Clarke Trophy as the WCHL's leading scorer in the 1971-72 season with 46 goals, 97 assists and again in the 1972-73 season with 58 goals, 96 assists. Lysiak led the Tigers to the 1973 WCHL championship, scoring 12 goals, 27 assists in the playoffs, and helped the Tigers reach the Memorial Cup playoffs.

Lysiak was then selected in the first round, second overall, of the 1973 NHL Amateur Draft by the Atlanta Flames, joining the team for the 1973-74 season.

According to Lysiak, the greatest moment of his career came not on the ice, but at the moment he shook hands with his team's coach, Boom Boom Geoffrion, during the draft ceremony.

In his rookie year, Lysiak scored a team-high 64 points (19 goals) playing on a line with Jacques Richard and Larry Romanchych. He helped the team to its first playoff berth and finished second in the voting for the Calder Memorial Trophy (NHL top rookie).

Lysiak was then traded to the Chicago Black Hawks with Pat Ribble, Greg Fox, Harold Phillipoff and Miles Zaharko for Ivan Boldirev, Phil Russell and Darcy Rota, March 13, 1979. The trade was the biggest trade numbers-wise in NHL history at the time, but was a shock to the local Atlanta fans, and Lysiak hated the trade too, as he had settled nicely into the Flames community.

Lysiak played the final 14 games of the season with Chicago, with 0 goals, 10 assists, and 0 points in 4 playoff games.

The Chicago fans and media were not happy with the production of Lysiak, but he started to change their minds the next season, as he scored 28 goals, 43 assists during the regular season, and another 4 goals, 4 assists in the playoffs, as the Black Hawks defeated the St. Louis Blues in round 1 of the playoffs, but then lost to the Buffalo Sabres in the quarter-finals.

Lysiak scored 21 goals, a career-high 55 assists in the 1980-81 season, leading the team in scoring, and then during the 1981-82 season, set a career high in goal scoring with 32 goals along with 50 assists. He also scored 6 goals, 9 assists in the 1982 playoffs, as the Black Hawks made it to the semi-finals, losing to the Vancouver Canucks with their red-hot goalie, Richard Brodeur.

Lysiak had another solid season in 1982-83, scoring 23 goals, 38 assists, and 6 goals, 7 assists in the playoffs, as the Black hawks made it back to the semi-finals, losing to Wayne Gretzky and the Edmonton Oilers.

During the early part of the 1983-84 season, Lysiak appeared to trip linesman Ron Foyt on purpose during a game against the Hartford Whalers. For the incident, the NHL imposed a 20-game suspension, one of the longest in league history. he went on to score just 17 goals, 30 assists, being his lowest output in the NHL to that date.

Lysiak played 1 final season for the Black hawks, scoring just 2 goals, 19 assists in the regular season, and 2 goals, 1 assist in the playoffs. His back had being giving him problems, so he decided to retire.

Tom Lysiak was inducted into the National Polish-American Sports Hall of Fame in 2012.