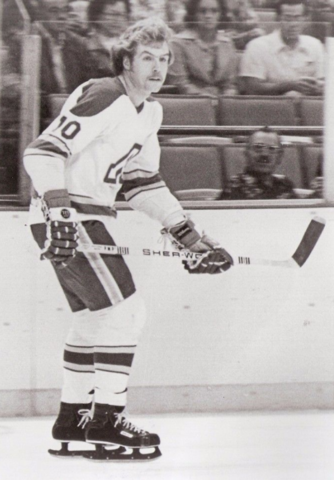 Clement was selected by the Philadelphia Flyers in the second round of the 1970 NHL Amateur Draft, 18th overall (first pick by the Flyers).

Clement played in 1970-71 with the AHL's Quebec Aces. In 69 games he scored 19 goals and 58 points. The following season, the Flyers felt he needed additional development and he played in 26 games with the Richmond Robins. That year Clement did dress for 49 games for the Flyers, scoring nine goals and 23 points. In 1972-73, Clement had a full-time roster spot with the Flyers, scoring 14 goals and 28 points in 73 games.

Clement played four seasons with the Flyers (as well as in minor league teams Quebec Aces and Richmond Robins, and was part of the Stanley Cup championship Flyers teams of 1973–74 and 1974–75 as the 4th line Center. Clement, like most of the other players on that team, believe the first championship was the most special, having beaten Bobby Orr and the mighty Boston Bruins in the finals. Philadelphia successfully defended its championship in 1975, turning back the Buffalo Sabres four games to two.

Prior to the 1975 NHL Amateur Draft, he was traded to the Washington Capitals for their right to draft Mel Bridgman, as the first overall draft pick that year. After playing just forty-six games with the Capitals (and serving as Captain) in the 1975–76 season, he was then traded to the Atlanta Flames for Gerry Meehan. He would play with the Flames organization in both Atlanta and Calgary, until his retirement following the 1981–82 NHL season.

After retiring from Hockey, Clement worked for many years as a lead color commentator at ESPN for ESPN National Hockey Night coverage. From 1988–89 until 1991–92 he worked for SportsChannel America, providing color commentary on the network's national telecasts as well as regional Philadelphia Flyers games alongside Mike Emrick.

Clement worked alongside Jim Lampley as a studio analyst for NBC during their coverage of both the men's and women's ice hockey tournaments at the 2002 Winter Olympics in Salt Lake City.