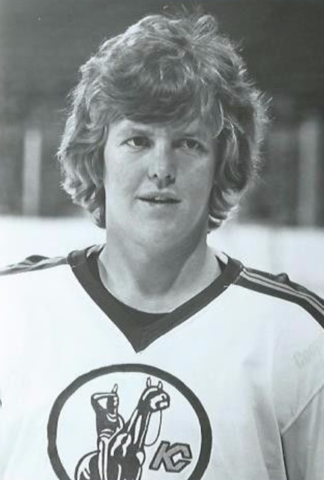 Harvey played defense for much of his minor Hockey career, and won the Jake Budovitch Trophy as Fredericton's Athlete of the Year in 1964.

Played for the Halifax Junior Canadians in Maritime senior league in 1966-67, scoring 23 goals and 74 points in 53 games, leading them to the Maritime Hockey Championship in 1967.

Harvey played for the Fredericton Jr. Red Wings in 1967-68, and appeared in two Memorial Cup tournaments, before heading off to Ontario and two seasons with the OHA Hamilton Red Wings, leading the Red Wings with 60 points in 1969-70 where his play earned a spot on the 1970 OHA-Jr. second all-star team.

Harvey was drafted by the NHL Minnesota North Stars with their first pick, 17th overall, in the 1970 NHL Amateur Draft. He debuted in the North Stars sweater during the 1970-71 season, playing 59 regular season and seven playoff games and totaling 20 points. He scored the game-winning goal for Minnesota in third period of 2-1 win over Chicago in his fourth NHL game on Oct. 28, 1970.

The following season found him playing regularly with the Cleveland Barons of the AHL, for whom he tallied 41 goals and 54 assists, and finished second in AHL scoring. His performance earned him a spot on the AHL second All-Star team and one playoff appearance for the North Stars.

Harvey was back in Minnesota full time in 1972-73, when he had his best NHL point totals with 21 goals and 34 assists. He was in double digits in both columns the next year as well, but on May 27, 1973 saw him traded to the Atlanta Flames as part of a multi-player deal with Jerry Byers for John Flesch and Don Martineau.

Harvey played one full year in Atlanta, tallying 44 points in 79 games during the 1974-75 season. The 1975-76 season was a busy one for Harvey, who suited up with three different NHL teams. After one game with the Flames, he was traded to the Kansas City Scouts; 39 games later, he was a Detroit Red Wing.

During the 1976-77 season, he divided his time between the Red Wings and the Kansas City Blues of the Central Hockey League / CHL, helping the Blues win CHL regular-season title, and the 1977 Adams Cup as CHL playoff champions.

The 1977-78 season was Harvey's last year as a professional Hockey player, and he spent it with the AHL Philadelphia Firebirds.

Buster Harvey was inducted into the New Brunswick Sports Hall of Fame in 1987.

Buster Harvey was named to Fredericton Sports Investment's Fredericton Wall of Fame in 1992.

In 2008, the inaugural Buster Harvey PeeWee AAA Memorial Tournament was held in Fredericton. The annual event showcases top minor Hockey talent from the provinces of New Brunswick and Nova Scotia as well as the state of Maine, USA.