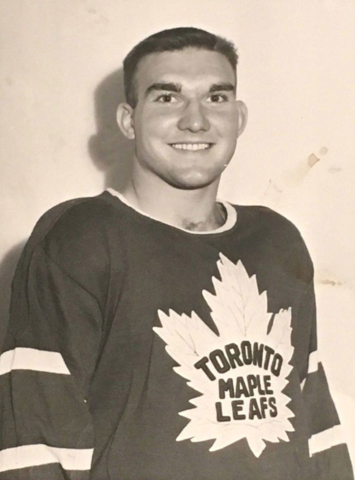 Cullen was a junior scoring star with the St. Catharines Teepees of the OHA from 1951 to 1954, and helped the TeePees win the 1954 Memorial Cup Championship. Cullen scored 10 goals, 14 assists in 11 Memorial Cup playoff games. Cullen was also the winner of the Eddie Powers Memorial Trophy as OHA-Jr MVP.

Cullen had played a few games for the AHL Buffalo Bisons, the Chicago Black Hawks farm team, but was on the Toronto Maple Leafs radar, and was traded to Toronto by Chicago (Buffalo-AHL) for Dusty Blair, Frank Sullivan and Jackie Leclair, May 4, 1954.

In the 1954-55 season, Cullen began the year in the AHL with the Pittsburgh Hornets, starting 36 games and producing 36 points. The point-per-game production drew notice from the NHL's Toronto Maple Leafs, who called him up for 27 games, scoring three goals and eight points.

Cullen played with the Maple Leafs until 1959, while also playing with the Western Hockey League Winnipeg Warriors during the 1955-56 season and the AHL Rochester Americans during the 1956-57 season.

Cullen was claimed by the New York Rangers from Toronto in the Intra-League Draft, June 10, 1959, and played 2 seasons in New York, but injuries hampered his two seasons with the Rangers.

Cullen finished his pro career with the Buffalo Bisons from 1961 to 1963, and he helped the Bisons win the 1963 Calder Cup Championship. The Bisons had also made it to the 1962 Calder Cup finals, but lost the series.

Cullen retired from Hockey after the 1962-63 season, and would go on to own a General Motors car dealership - Brian Cullen Motors.