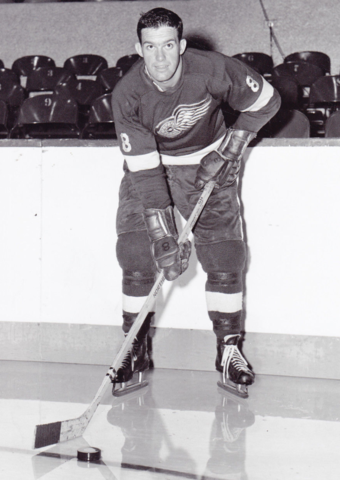 Cullen played his junior Hockey with the St. Catharines Teepees of the Ontario Hockey Association / OHA, winners of the 1954 Memorial Cup, and Cullen being a big part of the championship, scoring a hat trick in the best of 7 series, and scoring the insurance goal in game 5 to win the championship. In his final year of junior Hockey with the Teepees in 1954-55, Cullen played in 49 games, scoring 45 goals and 87 points.

In 1955-56, at the age of 20, Cullen turned pro, and played in 67 games with the Winnipeg Warriors of the Western Hockey League, scoring 38 goals and 34 assists for 72 points, and won the WHL rookie of the year award as the team won the Edinburgh Cup.
Cullen dressed for three games with the Toronto Maple Leafs during the season.

Cullen managed to crack the Maple Leafs roster on a full-time basis for the 1956-57 season, playing in 51 games, scoring six goals and 16 points. The following year, he more than doubled that output, scoring 16 goals and 25 assists for 41 points in 70 games. In 1958-59, Cullen was limited to just 40 games and his production tailed off to just 14 points, and was traded to the Detroit Red Wings by Toronto for Frank Roggeveen and Johnny Wilson, June 9, 1959. Cullen played in 55 games, scoring four goals and 13 points for the Red Wings.

Cullen played his final 4 years in pro Hockey with the American Hockey League / AHL Buffalo Bisons from 1961 to 1964, and was named to the AHL First All-Star Team in 1962, also making it to the Calder Cup finals that season. The Bisons would win the AHL West Division the next season, and also be crowned 1963 Calder Cup champions. Cullen played one more year for the Bisons before retiring from Hockey.

Barry Cullen and his brothers would later own multiple car dealerships and running one of the most successful General Motors empires in all of Canada.