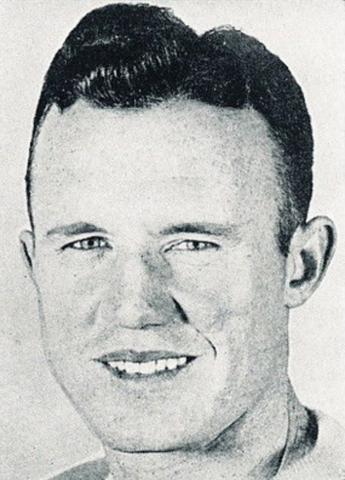 Cowley played all his minor, junior and senior Hockey in Ottawa, starting with the Glebe Collegiate in 1929, then the Ottawa Primroses in 1930, and leading the Primroses all the way to 1931 Memorial Cup final vs the Elmwood Millionaires. The teams each won a game in the best of 3 championship final, with Cowley scoring in both games which were played in Toronto. The third game was played in Ottawa, with Elmwood blanking the Primroses 3-0 before 9,000 fans, the largest crowd ever to watch a game in Ottawa to that point. Cowley scored 9 goals and 3 assists in the 9 playoff games.

Cowley would then travel to Canada's East Coast, and play for the Halifax Wolverines of the Maritime Senior Hockey League in 1933-34, dominating the scoring race with 25 goals and 50 points in 38 games.

Cowley was signed as a free agent by the NHL St. Louis Eagles on October 22, 1934. The Eagles had just relocated from Ottawa. Cowley is the only Hall of Fame player to have begun his career with this club. When the team folded prior to the next season, Cowley was claimed by the Boston Bruins in a dispersal draft. The Bruins, a team stacked with experienced forwards, originally used him as a left winger, but his swift skating and precise passes forced them to move him to center.

Cowley broke through in 1937-38 with 39 points and selection to the NHL First All-Star Team. The following season, he recorded a league-high 34 assists. His passing and puck-handling wizardry helped the powerful Bruins squad win the 1939 Stanley Cup championship, their 2nd in franchise history. He formed a lethal combination with Mel "Sudden Death" Hill, who scored an NHL-record three overtime game-winners in the semifinals against the Rangers. Each tally was the result of Cowley's playmaking artistry. Two years later in 1940-41, Cowley won the NHL scoring championship and helped the Bruins win the 1941 Stanley Cup championship. His 1941 output (17 goals and 45 assists) recorded during a 48-game schedule, represented a new league standard for assists, and was awarded the Hart Trophy and placed on the NHL First All-Star Team.

Cowley's greatness was hampered by serious injuries. He missed much of he 1941-42 season with a broken jaw (broken in 5 places). He rebounded to capture his second Hart Trophy in 1942-43 (equaling his own season assist record). During this time, Cowley formed the revered Three Gun Line with Roy Conacher and Eddie Wiseman, and was again on the NHL First All-Star Team.

Cowley was having a fine 1943-44 season, but it was cut short by a separated shoulder. The injury cost him a shot at destroying the NHL single season scoring record. He was at 71 points with 6 weeks left. The old record was 73 points (held by Cooney Weiland). Cowley earned another NHL First All-Star Team selection - the fourth of his career, after scoring a career-high 30 goals, despite missing 12 games with the injury.

Cowley played with the Bruins until the end of the 1946-47 season, and on February 12 of that season he surpassed Syd Howe as the NHL's career point leader. This mark stood for five years until Elmer Lach overtook him. Along the way, Cowley recorded at least 30 assists on five occasions.

The only NHL players who have scored more points per game in a season than Cowley's 1.97 in 1944 are Wayne Gretzky and Mario Lemieux.

Bill "Cowboy" Cowley was one of the top playmaking forwards in NHL history - three times in his 13-year career he led the NHL in assists. He always seemed to know where his linemates were positioned. An unselfish player who always aimed to set up a colleague for a goal before taking a shot himself, and he rarely jeopardized his team's fortunes by taking a penalty. Because of his ability to see the whole ice, he was arguably the Wayne Gretzky of his era.

After his career, Cowley went on to coach in the Ottawa senior leagues and the Vancouver Canucks of the PCHL.

In 1967, Cowley was a part-owner and founder of the Ottawa 67's junior ice Hockey team.

William ‘Bill’ Mailes Cowley was Inducted into Ottawa Sports Hall of Fame in 1967.

William Mailes (Bill) Cowley was elected to the Hockey Hall of Fame in 1968.