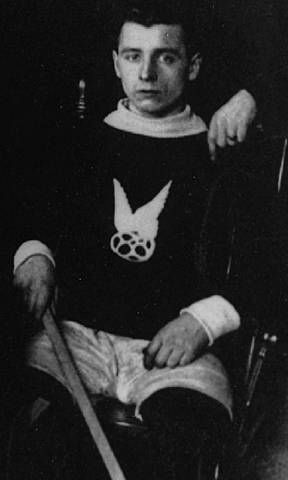 His playing career started with Montreal Amateur Athletic Association / Montreal Hockey Club amateur men's team of the Canadian Amateur Hockey League in 1900, where he played until 1903, winning the Stanley Cup twice, in 1902 and 1903 as one of the 'Little Men of Iron'. He then joined the new Montreal Wanderers of the Federal Amateur Hockey League.

Gardner then turned professional, playing two years for 2 U.S. teams, the Calumet Miners and the Pittsburgh Professionals before returning to Canada and the Montreal Shamrocks.

Gardner would again return to the Wanderers and help them win the Stanley Cup in 1908 and 1910 - He joined the new PCHA and played for New Westminster for two seasons, before returning to Montreal to play for the Montreal Canadiens for two seasons before retiring as a player.

Gardner coached the Montreal Canadiens of the NHA for two seasons after his retirement as a player, officiated in the minors in 1917-18, and then officiated in the Western Canada Hockey League for the 1923-24 season.

Gardner coached the Hamilton Tigers to a first place in the National Hockey League in 1925 before the team went on strike prior to the playoffs because of a salary dispute. He returned to coaching in the Canadian-American League with the Providence Reds in 1928-29 and 1929-30, winning the championship in 1929-30.

By the late 1930's he was coaching the Sherbrooke and Verdun teams in the Quebec League.

Mr. James Henry Gardner is credited with helping to found the Montreal Canadiens in 1909, including its name.