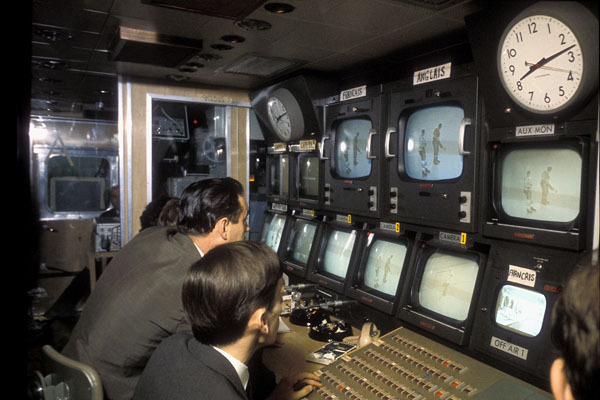 Hockey on national TV south of the border dates to 1956-57, when the Columbia Broadcasting System [CBS] entered into a four-year deal with the NHL – games in the old six-team league telecast on Saturday afternoons with New York sportscaster Bud Palmer and Boston hockey voice Fred Cusick.

It paid off in a six-year arrangement with CBS to televise a Game of the Week – usually an early-Sunday matinee – beginning after the Super Bowl in mid-January and continuing through the duration of the Stanley Cup playoffs. The inaugural telecast originated from here in Los Angeles, when CBS showed the first-ever hockey game at the Forum in suburban Inglewood: a 4 p.m. EST start between the L.A. Kings and Philadelphia Flyers on Dec. 30, 1967.