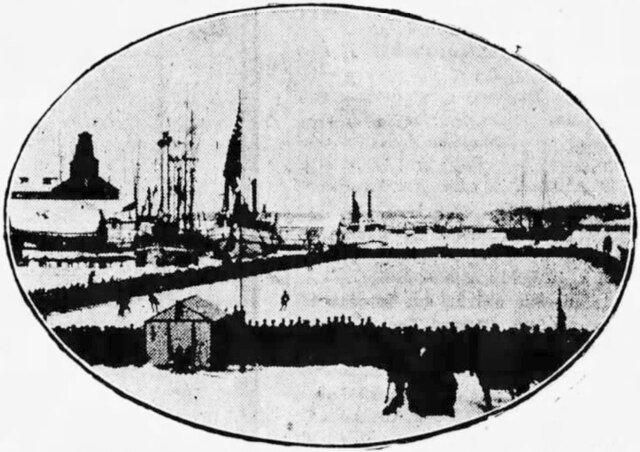 Captain Dix's Rink in Kingston, Ontario, located in the harbor opposite the City Hall.

A game was played on Captain Dix's Rink in 1886 between teams representing Queen's University and the Royal Military College, which Kingston native ice hockey administrator Captain James T. Sutherland in 1943 claimed to have been the birth of organized hockey.