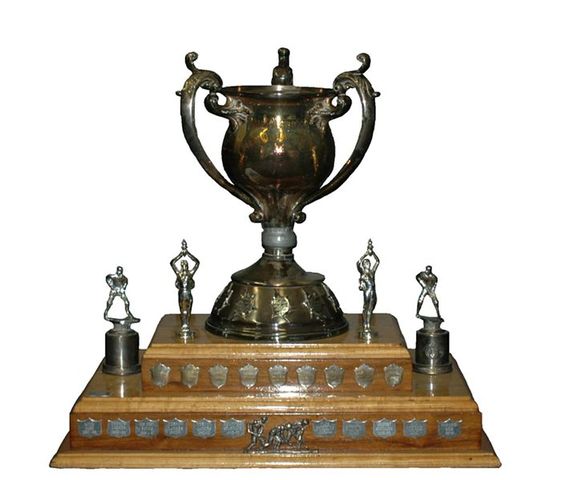 The Abbott Memorial Cup, commonly referred to as the Abbott Cup, was awarded annually from 1919 through 1999 to the Junior "A" ice Hockey Champion for Western Canada.

The Cup was named after Captain E.L. (Hick) Abbott who was a noted Hockey player in Western Canada. He captained the Regina Victorias when it won the Junior Championship of Canada in 1913 and 1914. Captain Abbott died in active service in the First World War and the trophy was presented in his memory in 1919 by the Saskatchewan Amateur Hockey Association.

The franchise to win the most Abbott Cups was the Regina Patricias/Pats, with 11. Second were the Edmonton Oil Kings, with 8.

The most consecutive wins by a franchise is 7, for the Edmonton Oil Kings, from 1960 through 1966. The Prince Albert Raiders follow with 3 consecutive cups, from 1977 through 1979.

The most consecutive wins by the representatives of the same province is 7, for Alberta, from 1960 through 1966. British Columbia follows with 5 consecutive cups, from 1989 through 1993.