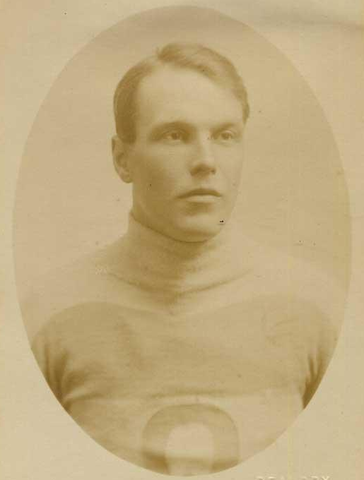 Moran began playing ice Hockey at the age of 15, with Sarsfield, a Quebec City juvenile team. At age 17, Moran changed schools as his school (St. Patricks) was one of the few in Quebec City not to have an ice Hockey team. At the age of 19, Moran helped his new club, the Quebec Crescents win the Intermediate Championship.

Moran began his playing career with the Quebec Hockey Club in the Canadian Amateur Hockey League / CAHL. Over four seasons, Moran appeared in 30 games, winning 19 of them. For the 1905–06 season, the Quebec Hockey Club joined the Eastern Canada Amateur Hockey Association / ECAHA, and were renamed the Bulldogs. Over the next four years, Moran appeared in 38 games, but won only 11 of them, while his lowest goals-against average in a season during that span was 6.79. In the 1909–10 season, Moran joined the Montreal All-Stars from the Canadian Hockey Association / CHA and as the league folded, he then joined the Haileybury Comets, of the National Hockey Association / NHA. In his only season with the Comets, Moran posted a 3–8 record over 11 games, letting in 79 goals.

For the 1910–11 season, Moran rejoined Quebec. That year, Quebec finished last in the league, winning only four games, and letting in 97 goals against. In the 1911–12 season, Moran went 10–8 over 18 games, with a 4.26 goals-against average. For the first time, Quebec made the playoffs, winning the O'Brien Trophy after finishing with the best record in the league (10-8) and taking over the Stanley Cup. In the Stanley Cup challenge against the Moncton Victorias of the Maritime Professional Hockey League / MPHL, Quebec won the first game 9-3 on March 11, 1912, and the second game 8–0 on March 13. Moran finished with a 1.50 goals-against average, while Jack McDonald and Joe Malone combined for 14 out of the 17 Quebec goals as Quebec won the 1912 Stanley Cup championship.

The next season, Moran went 16–4 in the regular season in 20 games, with one shutout and a 3.70 goals-against average. Quebec repeated as O'Brien Trophy winners, and defended the Stanley Cup in challenge once more, playing against the Sydney Miners "Millionaires" of the MPHL. Quebec repeated as champions, winning the three-game series 2–0. In the first game, Quebec won 14–3, as Malone scored nine goals, while in the second one, Quebec emerged with a slimmer margin of victory, winning 6–2.

The Quebec Bulldogs took a train to the West Coast after the 1913 NHA season ended, playing the Victoria Aristocrats of the Pacific Coast Hockey Association / PCHA in a best-of-three exhibition series in Victoria, British Columbia. In the first series ever between the champions of the two leagues, while the differing rules of the NHA and PCHA alternated between each contest. A major rule difference was the PCHA had seven-man rules while the NHA had six. The first game was played under PCHA rules and the Aristocrats recorded a 7–5 victory. Under NHA rules in the second game, Quebec won 6–3. But in the third game, under seven-man hockey, Victoria won the exhibition series with a 6–1 victory.

Moran finished his career with the Bulldogs, retiring after the NHA's last season in 1916-17. He played four more seasons, during which he played 69 games, winning 34 of them. Over his career, Moran's teams often had losing records, or they had a winning percentage barely over 50%. As a result of playing for mostly unsuccessful teams, Moran's only recorded professional playoffs were the two Stanley Cup victories with the Bulldogs.

Moran was a stand-up style goaltender. At 5 ft 11 in (1.80 m) and 180 lb (82 kg), he was considered a big goaltender for his era. In Moran's era, goaltenders were not allowed to drop down to the ice to make saves, so his style suited him well. Moran was especially noted for his aggressive defense of the area in front of his net. He used his stick to slash opposing players within reach. Moran often chewed tobacco while on the ice, and another favorite tactic of his was to expectorate at opposing players. Moran's stick work was described as attempts to "slash [other players'] heads off with lightning strokes of his blade". Moran often wore oversized sweaters, claiming that they kept him warm in the cold arenas; however, he kept it unbuttoned, and often used it to catch shots.

Moran was inducted into the Hockey Hall of Fame in 1958