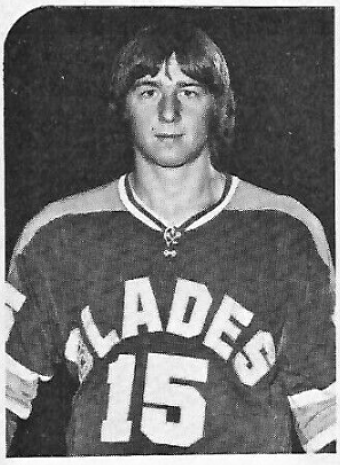 Federko played his junior Hockey with the Saskatoon Blades of the Western Canada Hockey League (WHL) and would become the 6th player in Blades history to score a 100 points or more and 1st Blades player to have back to back 100 point plus seasons. Saskatoon lost in the WCHL finals in both 1975 and 1976 to New Westminster Bruins.

During the 1975-76 WCHL season, Federko set Blades records for most assists in a season with 115 and led the WCHL in assists and points in both the regular season and playoffs. He was named to the WCHL First All-Star Team, won the 1976 Bob Brownridge Memorial Trophy (Bob Clarke Trophy) as WCHL leading scorer with 72 goals and 115 assists. He was also named 1976 WCHL MVP.

Federko was drafted 7th overall by the St. Louis Blues in the 1976 NHL Amateur Draft and turned pro with their farm team, the Kansas City Blues of the Central Hockey League / CHL for the 1976-77 season.

Ferderko also made his NHL debut for St. Louis that season on December 22, 1976 vs Colorado Rockies at McNichols Sports Arena in a 2-1 St. Louis win. He played 3 games in late December, going scoreless, then returned to Kansas City only to be back in St. Louis in February. He scored his 1st NHL goal vs Gerry Cheevers of the Boston Bruins on February 3, 1977 at 1:28 of the 2nd period at Boston Garden in a 5-4 Bruins win. Ferderko then scored his 1st NHL hat-trick the next game on February 5 vs Gerry Desjardins of the Buffalo Sabres at St. Louis Arena in a 6-5 Blues win. His last goal was the game winner. Federko actually scored 3 NHL hat-tricks that season in 31 games played.

Ferderko would become a star in St. Louis, eventually becoming the team captain during the 1988-89 season. Federko scored 100 points in a season four times, scoring at least 90 points in seven of the eight seasons between 1978 and 1986, and became the first player in NHL history to record at least 50 assists in 10 consecutive seasons.

Ferderko played in 2 NHL All-Star Games in 1980 and 1981 and helped St. Louis to the 7th game of the 1986 Clarence Campbell Conference Final.

Federko owns the St. Louis Blues team record for career games played with 927, assists with 721, career playoff assists with 66 and career points with 1073.