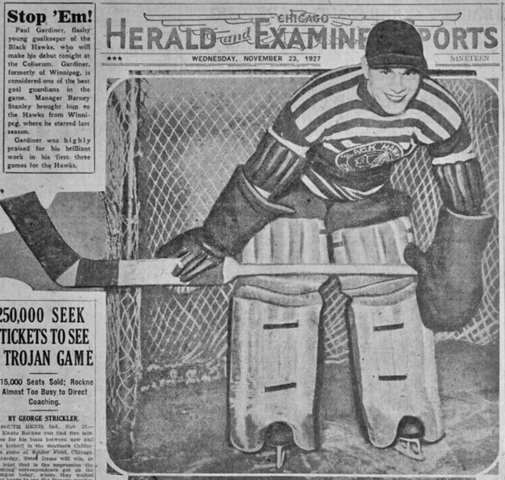 Gardiner made his NHL debut with the Chicago Black Hawks on November 15, 1927 vs the Boston Bruins at Boston Arena in a 1-1 OT tie.

Gardiner got his 1st NHL victory vs Montreal Maroons on November 17, 1927 at The Forum in a 3-2 Chicago win. His 1st NHL shutout was vs Detroit Cougars at Chicago Coliseum in a 0-0 OT tie. (Hap Holmes was in net for Detroit)

In his first season with the Black Hawks, Gardiner played in 40 out of 44 of Chicago's games. Posting a 2.83 goals average, Gardiner won or tied only eight games, with three of those games being shutouts.