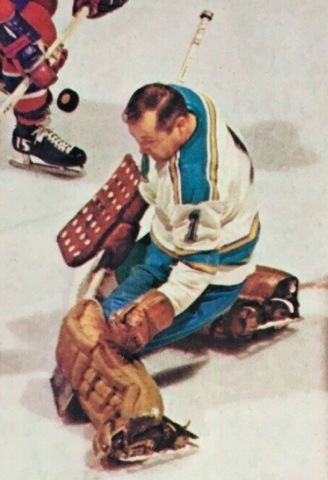 Hall played on 6 games for the Red Wings during the 1952-53 NHL season, then played three seasons with the Western Hockey League / WHL Edmonton Flyers, backstopping the Flyers to the 1953 WHL President's Cup (Lester Patrick Cup) and again with the 1955 WHL President's Cup. The Flyers also awarded Hall their 1955 Team MVP award.