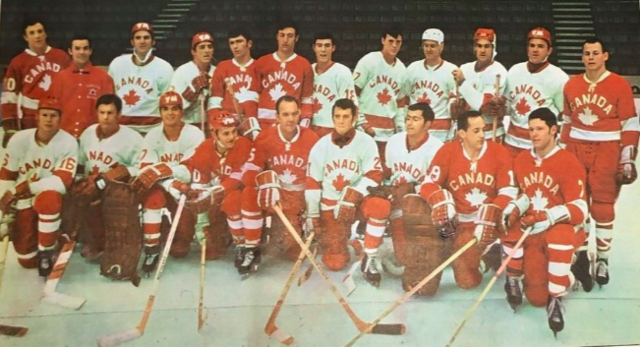 NOTE - Interesting photo of 1969 Team Canada, as it seems there are players from another country in the picture (wearing helmets), and Ken Dryden is not in this photo, but played 2 games at the tournament, winning 1.

Canada finished 4th in the tournament.