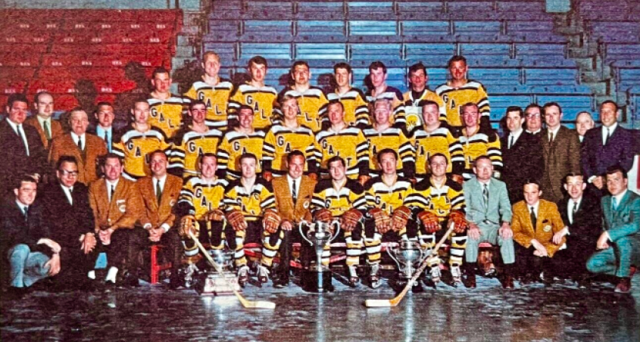 In the final game, Victoriaville had a decided edge in shots on goal. But Boat Hurley, considered perhaps the finest senior goaltender in Canada, was in goal. Victoriaville badly outshot the Hornets yet Galt held a 1-0 lead after the first period. John Nickerson, who played defense beside high-scoring partner Ron Hergott, said to Hurley: “There Boat We’ve got you the lead. Now hold it!” Hurley did, winning the game, despite facing a barrage of shots.