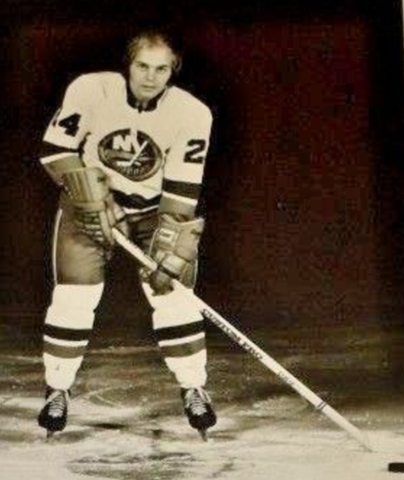 Henning played his first junior Hockey with the Estevan Bruins, and stayed with the team as they became the New Westminster Bruins in 1971. Henning scored 194 goals and 222 asstists in 273 games played for the Bruins franchise.

The New York Islanders selected Henning with their second pick in the 1972 NHL Amateur Draft and he saw his first NHL action in the fall of 1972. He played 63 games for the Islanders his rookie year, and 60 the following, with only brief detours with the New Haven Nighthawks and Fort Worth Wings to perfect his skills.

Henning began to make a name for himself as a penalty killer and provider of short-handed goals. From 1974-75 until 1979-80, Henning played a full schedule for the Islanders, posting a career best 33 points in 73 games during 1978-79. He was part of the Stanley Cup winning teams of 1980 and 1981 and assisted on Bob Nystrom's 1980 Stanley Cup game winning goal in overtime.

Henning had become a assistant coach with the Islanders in 1981 while still be active as a player, but only played in 9 regular season games and 1 playoff game, becoming the last player-coach for a Stanley Cup-winning team.

Henning retired for good as a player after the 1981 season but retained his assistant coaching position with the Islanders, and winning 2 more Stanley Cups in 1982 and 1983.

Henning then became the head coach of the AHL Springfield Indians in 1984-85. The Minnesota North Stars hired him as head coach to start the 1985-86 season, and he remained in that position in Minnesota until being replaced in March 1987.

Henning came back to the Islanders as assistant general manager in 1989. The following season, he was behind the Isles bench as a assistant coach. In 1994–95 Henning replaced the retiring Al Arbour as coach, and was fired in the offseason and replaced by Mike Milbury.

Henning later served as an assistant coach with Chicago Blackhawks from 1995 to 1998, then assistant with the Mighty Ducks of Anaheim, and was the Assistant General Manager for the Vancouver Canucks until 2015.