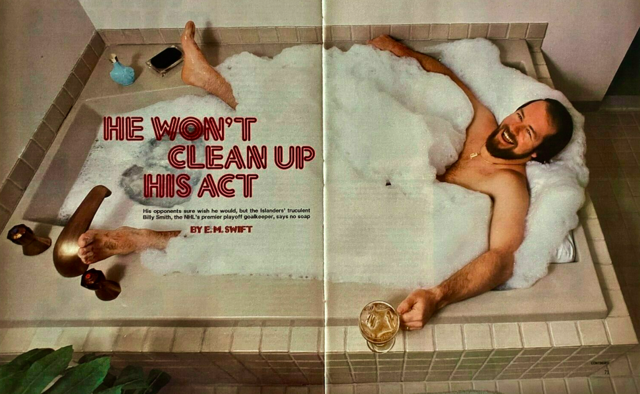 One of the Great Goalies in NHL History having a little fun in the bubble bath - 1982.

Smith was selected as the 1978 NHL All-Star Game MVP.

Billy Smith was inducted into the Hockey Hall of Fame in 1993.

Billy Smith was inducted into the Perth and District Sports Hall of Fame in 2016.