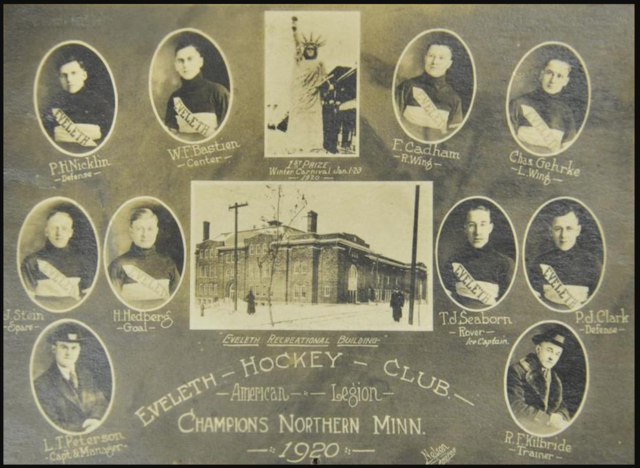 The team played their first game in conjunction with the Winter Carnival in the new Eveleth Recreation Building on January 1, 1920, defeating Hibbing 5-2.