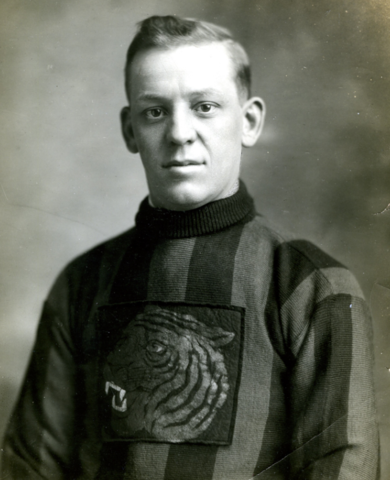 Matte played his early Hockey in Montreal, and would later play for a few teams in the Montreal City Hockey League - Montreal Gaiete Canadien 1913-14, Montreal La Casquette 1915-17, Montreal Hochelaga 1917-18 and Matte also played for the Vankleek Hill Hockey Team in the Ottawa Valley Hockey League during the 1914-15 season.

The OHA-Sr Hamilton Tigers took notice of Matte's scoring ability, and signed him for the 1918-19 season. Matte would score 12 goals and 5 assists during eight regular season games, and added 4 goals and 1 assist in 6 playoff games, as the Hamilton Tigers would win the 1919 Allan Cup championship.

Matte was then acquired by the Toronto St. Pats in January of 1920. After only 17 games with Toronto, Matte was traded to the Montreal Canadiens by Toronto with Goldie Prodgers for Harry Cameron, November 27, 1920, yet, never suited up for the club, as he was shortly re-acquired by Hamilton with Jack Coughlin, Goldie Prodgers and loan of Billy Coutu for 1920-21 season for Harry Mummery, Jack McDonald and Dave Ritchie, November 27, 1920.

After two seasons in Hamilton, Matte was traded to the WCHL's Saskatoon Sheiks, scoring 14 goals, and then to the PCHA's Vancouver Maroons in the fall of 1923, scoring 19 goals. Matte went on to play two seasons in Vancouver before signing as a free-agent with the Boston Bruins in December of 1925. Three games into his season with the Bruins, Matte was claimed on waivers by the Montreal Canadiens in January, 1926.

Matte went on to finish the season with the Canadiens, before opting to retire from Hockey following the 1925-26 season.