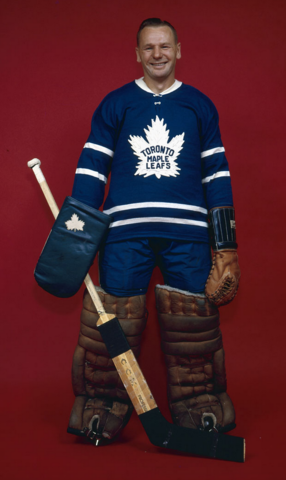 John William Bower - Born John Kiszkan on November 8, 1924 in Prince Albert, Saskatchewan, nicknamed "The China Wall", is a Hockey Hall of Fame goaltender and the last goaltender to win the Stanley Cup for the Toronto Maple Leafs.

The height of Bower's NHL career came during the Maple Leafs' three consecutive Stanley Cup victories in the early 1960s — 1962, 1963 and 1964, all while Bower was the oldest player in the league.

Johnny Bower is a member of the Etobicoke Sports Hall of Fame since 1994.

Johnny Bower was elected to the AHL Hall of Fame as a member of its inaugural class in 2006.