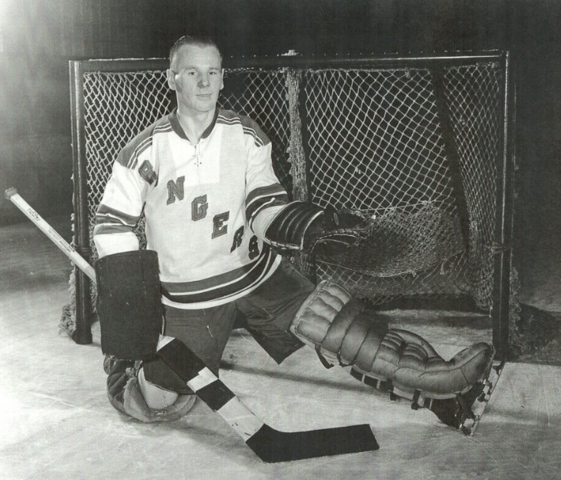 Bower, like his other five Original Six brethren, became famous for his fearless play. Maskless, he never shied away from an attacking player and in fact patented the most dangerous move a goalie can make -- the poke-check. Diving head-first into the skates of an attacking player at full speed, Bower would routinely flick the puck off that player's stick and out of harm's way. One time, he got a skate in his cheek, knocking a tooth out through his cheek. He suffered innumerable cuts to his mouth and lips and lost virtually every tooth in his mouth from sticks and pucks, but almost to his last game, he never wore a mask. And under the confident eye of coach Punch Imlach, Bower got better and better. He led the Maple Leafs into the playoffs his first season with a miracle comeback ending to the schedule, and then lost two finals in a row before winning three consecutive Stanley Cup championships -- 1962, 1963 and 1964.