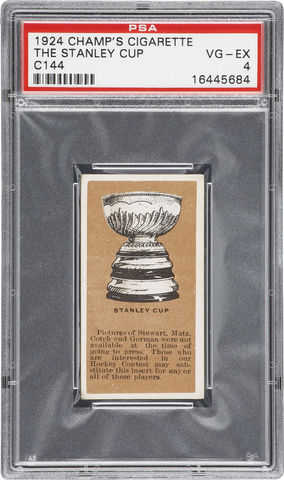 This is the first time the Stanley Cup Award was pictured on a Hockey card. The card is not only one of the rarest subjects in the 1924-25 Champ's Cigarettes series, it is one of the toughest Hockey cards in the entire hobby. The rarity is possibly accounted for as this one card could have been used in place of four players as part of a mail-in exchange promotion.