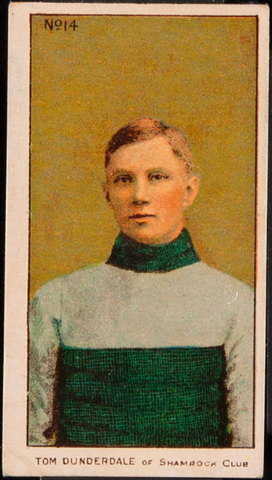 The C56 Hockey cards feature a lithographed player picture with a white border. The player's first initial / name with last name and team appear in the border area below the picture, while a card number appears in the upper left corner. Backs feature a "Hockey Series" design with two crossed hockey sticks and a puck, followed by the player's name, team and a history of his past teams. Dimensions, 1 1/2" by 2 5/8"