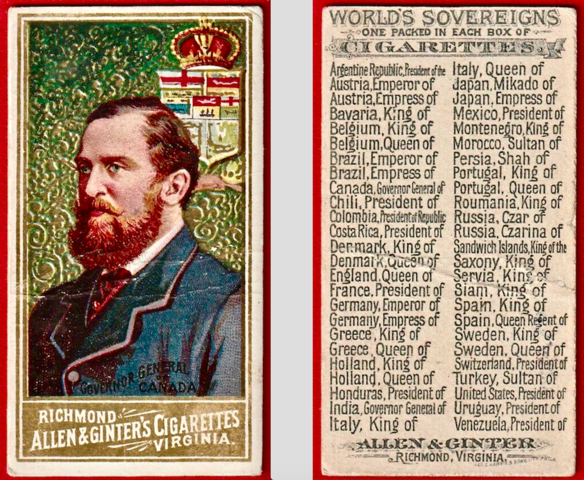 In 1890, Allen & Ginter, along with other companies of the United States (W. Duke & Sons, W.S. Kimball & Company, Kinney Tobacco, and Goodwin & Company) formed the American Tobacco Company, in an attempt to compete against British tobacco companies.

NOTE
Trade cards from the "World's Sovereigns" series, issued in 1889 in a set of 50 cards of the Kings and Queens and leaders of sovereign nations in the late 1880's when the set was issued to promote Allen & Ginter brand cigarettes. known as the N34 series.