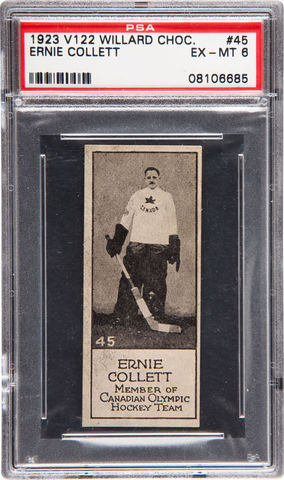 Ernie Collett was a member of the Toronto Granites team that won a gold medal for Canada in ice Hockey at the 1924 Winter Olympics.
He was also Canada's first ever flag bearer at opening ceremonies of the Winter Olympics