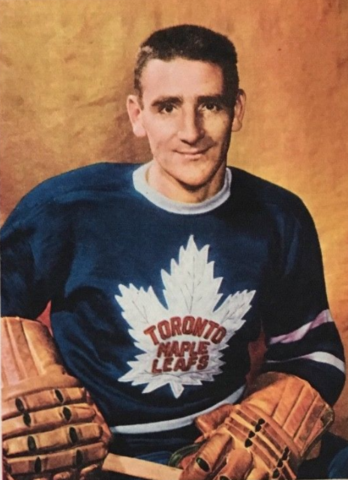 Smith started the 1947-48 season with Pittsburgh Hornets of the American Hockey League / AHL, the Maple Leafs farm team, but would be called up to Toronto early in 1948, playing the final 31 games for the Maple Leafs and 2 playoffs games, as the Maple Leafs won the 1948 Stanley Cup championship.

After retiring, Smith became a player-coach with the Whitby Dunlops, a senior team in the Ontario Hockey Association. The Dunlops would win a gold medal at the World Ice Hockey Championships in 1958 at Oslo, Norway representing Canada, with Smith scoring 9 goals, 5 assists in the tournament. Smith and the Dunlops would also win the Allan Cup in 1959, with Smith scoring 19 goals, 12 assists during their playoffs.