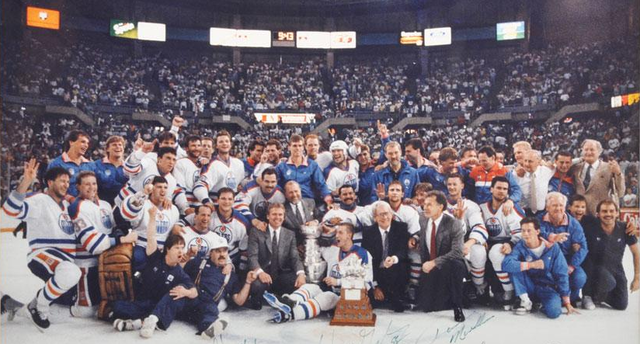 After the Oilers won the 1988 Stanley Cup, Wayne Gretzky, wanted a picture on the ice with all the players, and all non-playing members including management, coaches, trainers, scouts, locker room assistants. This tradition has been followed by each Stanley Cup winning team since. The team picture tradition after winning a championship is also followed by most Hockey championship teams at all levels around the world.