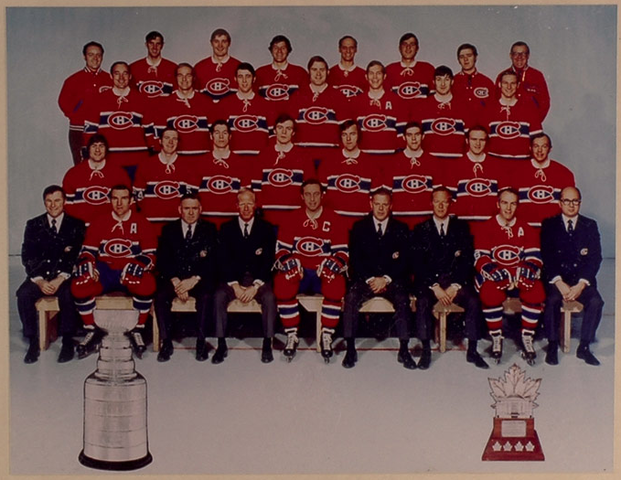 The 1971 Stanley Cup Final NHL championship series was contested by the Chicago Black Hawks and the Montreal Canadiens. The Black Hawks made their first appearance in the Final series since 1965, the Canadiens had last played and won the series in 1969. The Canadiens would win the series 4–3.

Brothers Frank and Peter Mahovlich starred for the Canadiens, scoring nine goals in the seven game final series. Ken Dryden debuted for the Canadiens, while this was Jean Beliveau's last finals appearance. He ended his career with ten championships. This would be only the second time that the road team would win a game 7 in Finals history.