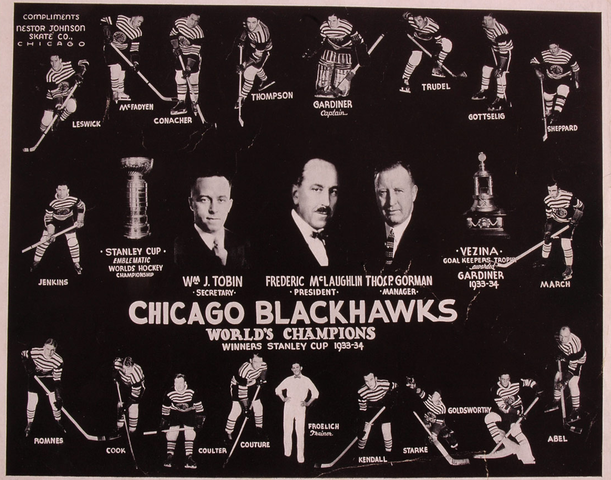 The 1934 Stanley Cup Final NHL championship series was contested by the Chicago Black Hawks and the Detroit Red Wings. It was the Red Wings' first appearance in the Final, and Chicago's second, after 1931. The Black Hawks won the best-of-five series 3–1 to win their first Stanley Cup.