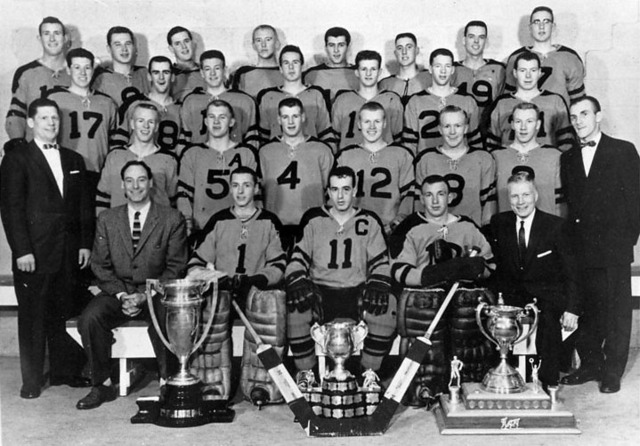 The 1958-59 Braves won the Abbott Cup as Western Canadian Junior ‘A’ Champions, and were the last team from Winnipeg to win the Memorial Cup as National Champions.

Under the leadership of manager Bill Addison and coach Bill Allum, the Braves defeated the Peterborough Petes coached by 25-year-old Scotty Bowman. In the championship series, the Petes won the first game 5-4, and the Braves came back to win four straight games 5-2, 5-2, 5-3 and 6-2. The final game of the series was played in Brandon, Manitoba due to the Shrine Circus appearing at Winnipeg Arena. The team included future NHL'ers Ted Green and Ernie Wakely.