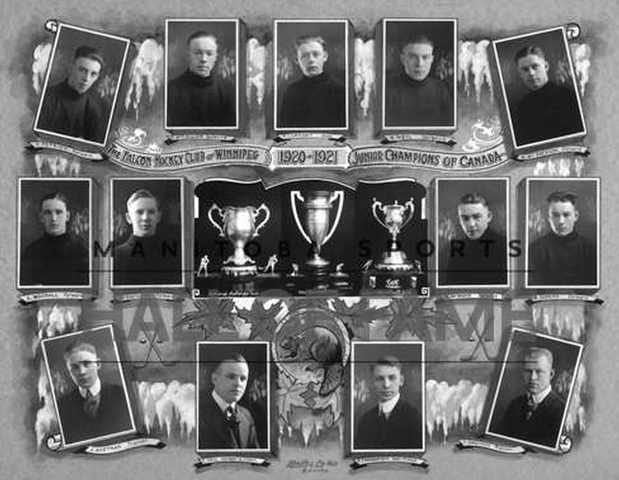 In the Memorial Cup championship series, the Falcons walloped Stratford Midgets 9-2, in the first game of the total-goal series, but Stratford won the second 7-2.

The Falcons were the Memorial Cup champions on the strength of the aggregate score of 11-9.