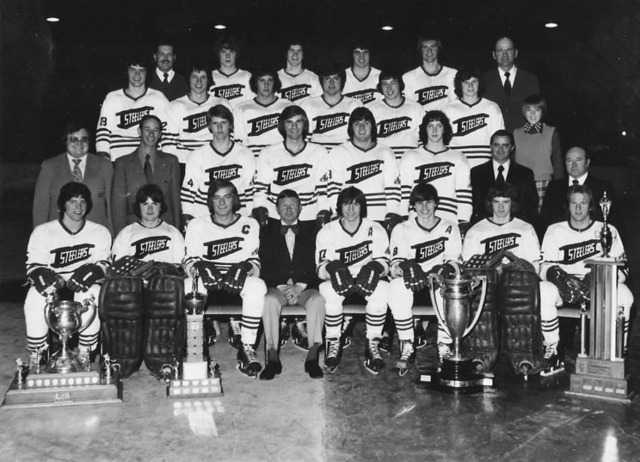 The 1973-74 season was the Selkirk Steelers most successful season. The Steelers won the MJHL title, then defeated the Prince Albert Raiders 4-games-to-2 to win the Anavet Cup. They went on to compete for the Abbott Cup against the Kelowna Buckaroos of the British Columbia Junior Hockey League and defeated them 4-games-to-3. This moved the Steelers along to the National Championship against the Smiths Falls Bears of the Central Junior A Hockey League for the Manitoba Centennial Cup, the National Junior "A" Championship. The series went seven games, with the Steelers stealing Game 7 1-0 in overtime to clinch their first and, so far, only National Title.