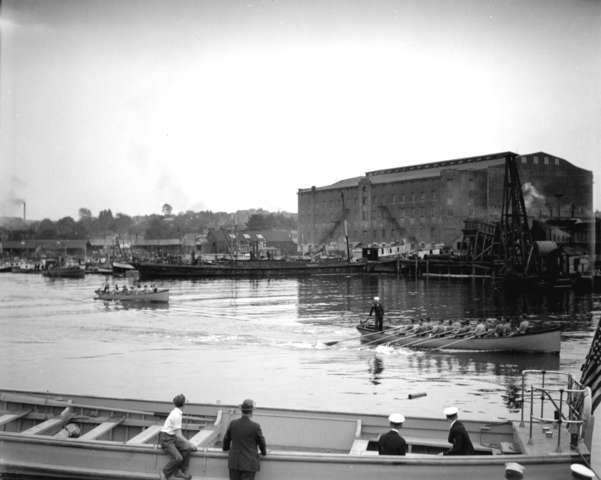 Denman Arena in Vancouver - View from Coal Harbour - Vancouver Rowing Club Regatta - 1929 - Situated at the corner of Denman and Georgia Streets in Vancouver, sitting on the shore of Coal Harbour, the Denman Arena was once the largest in the world. Built in 1911 by Frank and Lester Patrick at a cost of $300,000 it was the main venue for their newly formed Pacific Coast Hockey Association. Until the Montreal Forum was built in 1926, it was the largest artificial ice arena in the world seating 10,500.