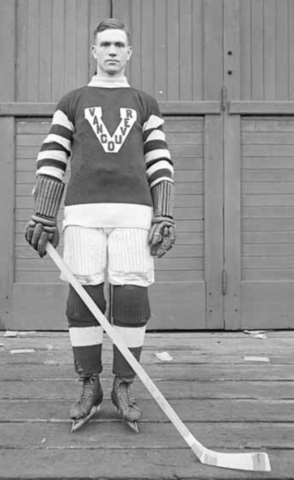 Cook grew up playing Hockey in the Hamilton area of Ontario, and moved with his family to Taber, Alberta as a teenager, to become cattle ranchers.

Cook then continued his Hockey with the Taber Chiefs of the Alberta Amateur Hockey Association, and then joined the Edmonton Dominions of the Edmonton City League, where he helped the team win the 1913-14 Alberta Senior Hockey Championship. The Dominions played their Hockey at the Thistle Rink, and then the new Edmonton Gardens.

Cook joined the Vancouver Millionaires for the 1914–15 season, and had 17 points in 17 regular season games. In the 1915 Stanley Cup Finals, he scored three goals in three games to help Vancouver win the Stanley Cup championship. The following season, Cook scored 18 goals in 18 games.

Cook then played for the PCHA Spokane Canaries in 1916-17, where he was teammates with his younger brother, Leo.

Cook was the star defenceman in Vancouver for 9 seasons in the Pacific Coast Hockey Association / PCHA, making the second all-star team in 1916,1918, and 1919 and the first team in 1920,1921, and 1923. During that time Cook anchored the defence as Vancouver won 4 consecutive PCHA titles and the 1915 Stanley Cup championship.

Perhaps the greatest defenceman in PCHA history, Cook scored more goals than any other defenceman. In fact, during one night, on February 1, 1916, Cook scored 5 goals in one game.

Cook was traded to the Boston Bruins by Vancouver, now in the Western Canada Hockey League / WCHL for cash, November 18, 1924, With the Bruins Cook played just four games, but the defenceman did manage to score a goal in those games played.

After his time in Boston, Cook moved on to the California Professional League and spent his final six seasons there playing for the Culver City Pros, LA Globe Ice Cream, Los Angeles Richfields and the San Francisco Tigers before retiring in 1931.