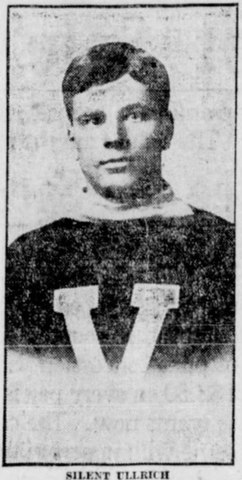 During the 1914–15 and 1915–16 seasons Ulrich played for the Montreal Wanderers and the Toronto Blueshirts in the National Hockey Association (NHA).

Although not a regular starting player Ulrich scored 13 goals in 45 games during his five year stint in professional hockey between 1911 and 1916.

Although born in Ontario Ulrich came up through the hockey ranks in Winnipeg, Manitoba. In 1907 he played on the Manitoba School for the Deaf hockey team (champions of the Central Juvenile League) alongside fellow deaf-mute player Walter Molisky (later Allan Cup champion with the 1914 Regina Victorias). In 1909–10 Ulrich played with the Winnipeg Hockey Club and in 1910–11 with the Winnipeg AAA.