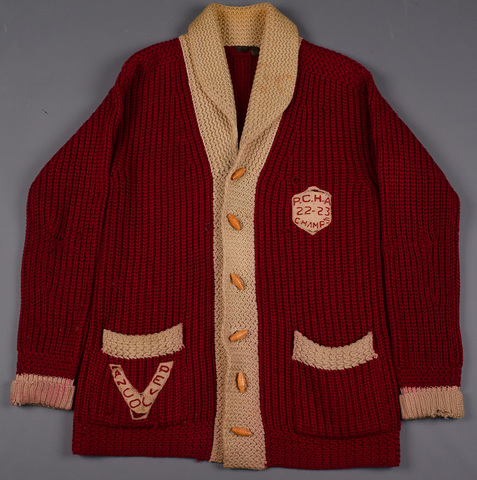 This cardigan was once proudly displayed at the Kingston Hockey Hall of Fame, where its original ownership was attributed to legendary PCHA HOF netminder Hugh Lehman.

The Vancouver Millionaires were renamed the Maroons, and the Victoria Aristocrats were renamed the Cougars to start the 1922-23 PCHA season. The season was increased to 30 games per team, including eight games against Western Canada Hockey League (WCHL) teams.