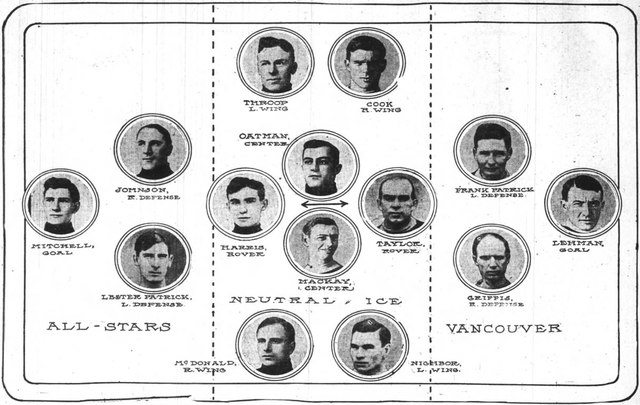 Line-ups prior to the March 15 all-star game between the Vancouver Millionaires (champions of the 1914–15 PCHA season) and the PCHA All-Stars (made out of players from the Portland Rosebuds and the Victoria Aristocrats).

Vancouver won the March 15 game 9 goals to 8, and also the second game on March 17 4 goals to 3. In the first game between the two sides Lester Patrick had five goals and three assists, figuring in all eight goals scored by the losing side.

A week later the Vancouver Millionaires would face off against the Ottawa Senators in the Stanley Cup Finals, defeating the NHA club in three straight games (6-2, 8-3, 12-3)