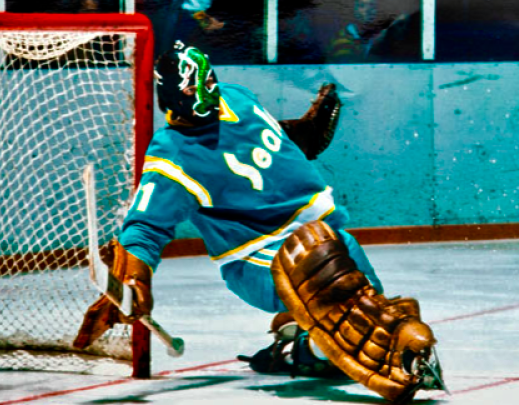 Simmons made his NHL debut with the California Golden Seals on October 11, 1974 vs Atlanta Flames at Oakland Arena in a 3-0 Seals win. This was also his 1st NHL win and 1st NHL shutout.