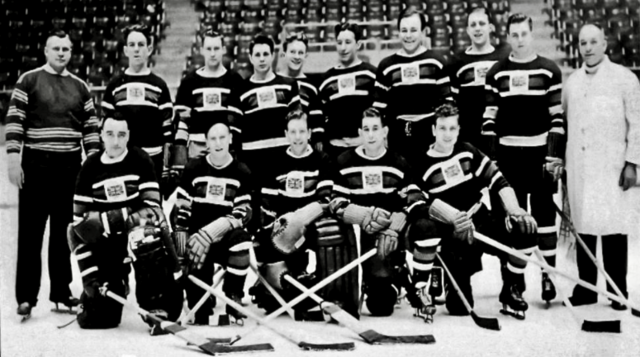 Great Britain losses only 1 game at the tournament vs Canada 3-0, finishing 2nd and winning the World Championships silver medal, while also claiming their 3rd European championship.

Gordon Dailley finishes tied for 3rd in scoring with 9 goals.