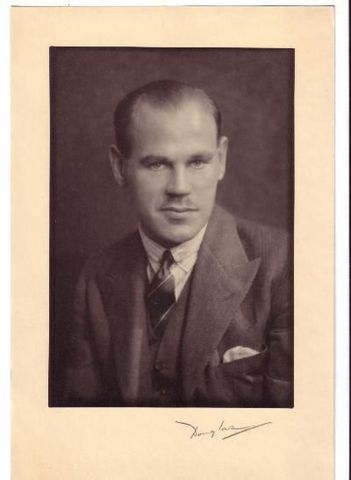 Carl Alfred Erhardt (February 15, 1897 in Beckenham, Kent, United Kingdom – May 3, 1988) was an English ice Hockey player who captained the British national team to numerous international championships in the 1930s, including Olympic gold at the 1936 Winter Olympics in Garmisch-Partenkirchen.

Erhardt was a member of the European and World Championship teams in 1931, the World Championship team in 1934 and 1935, and the captain of the team which won the European and World Championships, along with Olympic gold, in 1936. Of the twelve members of the 1936 team, Erhardt was one of only two that had not either been born or learned the game in Canada. Thirty-nine years old at the time, Erhardt is the oldest man ever to win an Olympic gold in ice hockey. The British defeated the prohibitive favourites, the Canadians, in capturing Great Britain's first and only gold medal in ice Hockey.